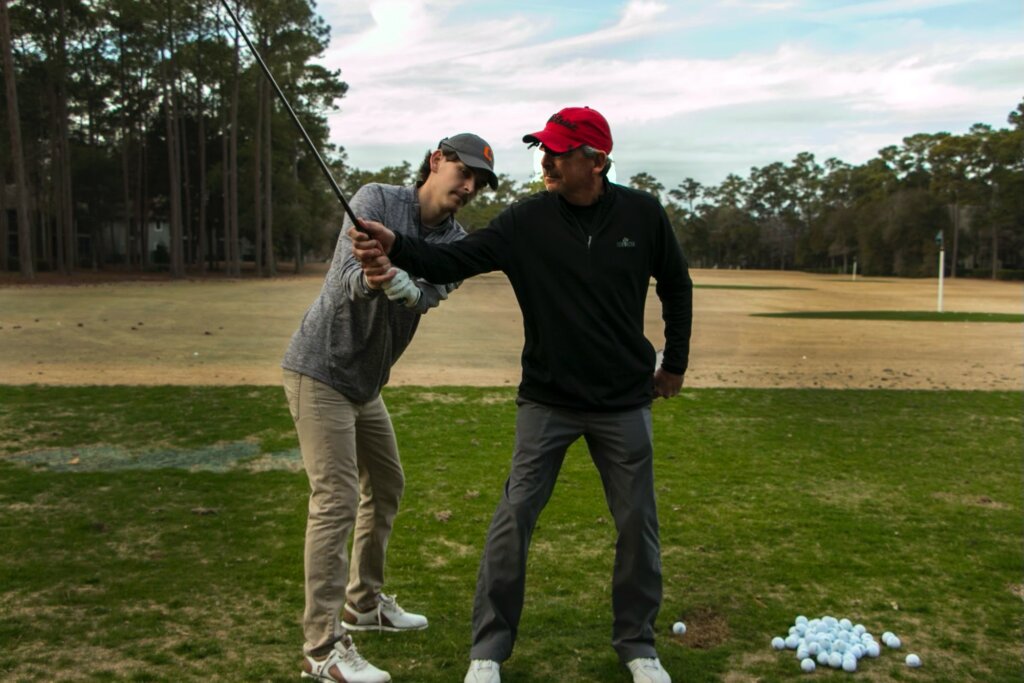 Myrtle Beach, S.C. – The Executive Committee of Family Golf Week, which includes the Father & Son Team Classic and the Parent & Child Team Classic, announced today the event will honor former PGA Tour player Hugh Royer III as its Father of the Year at the 2021 event this July in Myrtle Beach.

Royer, a four-time winner on what is now the Korn Ferry Tour, played on the PGA Tour for three years, recording four top-10 finishes. A former All-American and NCAA Champion at Columbus State, Royer continues to compete at a high level, earning a spot in the Cologuard Classic, a Champions Tour event in 2020.

The son of a 14-year PGA Tour player and legendary instructor, Hugh Royer Jr., Royer has been one of Myrtle Beach’s most sought after teachers in recent years, helping everyone from competitive juniors and professional players to beginners just taking up the game.

Even more importantly for the father of four, Royer has become a tireless advocate in the fight against skin cancer as a result of a harrowing bout with an aggressive basal cell carcinoma that required more than seven surgeries and 30 rounds of radiation.

“I feel lucky to be named Father of the Year,” Royer said. “I’m really not supposed to be here. Knowing what I went through and knowing how close I came to dying, it makes you appreciate not only what God has given you but what your family means to you. For me to fight through some of this stuff, it was all about family.”

Royer’s commitment to his family and passion for the game of golf made him a logical choice for an award whose past recipients include hall of fame football coach Lou Holtz, former South Carolina Governor Jim Hodges and 1960 World Series MVP Bobby Richardson.

“Hugh is, first and foremost, a great father and he is a friend to so many in the golf community,” said Mike Buccerone, president of East Coast Golf Events, the company that runs Family Golf Week. “Whether you are a high level competitive player or a high-handicapper in need of a tip, Hugh is always there to lend a helping hand. The work he has done to help educate people about the dangers of skin cancer is even more beneficial than anything he has done on the course. It’s a pleasure for us to have Hugh Royer serve as our 2021 Father of the Year.”

Royer will play in this year’s Father & Son Team Classic with his son, Brai Royer.

The 22nd Annual Father & Son Team Classic and the Parent & Child Team Classic will be played July 15-17 on eight of Myrtle Beach’s best courses. The Love Course at Barefoot Resort, Glen Dornoch, Pine Lakes and Arcadian Shores are among the venues hosting this year’s tournament.

Players can register for the tournament at FamilyGolfWeek.com. Entry fee is $995 per team and includes three rounds of golf, daily lunch, pre- and post-event functions, and a gift bag valued at $500. Included among the gift bag items are a $150 tournament gift card that can be used at host courses for food, merchandise and golf, a logo’d polo shirt, a dozen Srixon golf balls and more.